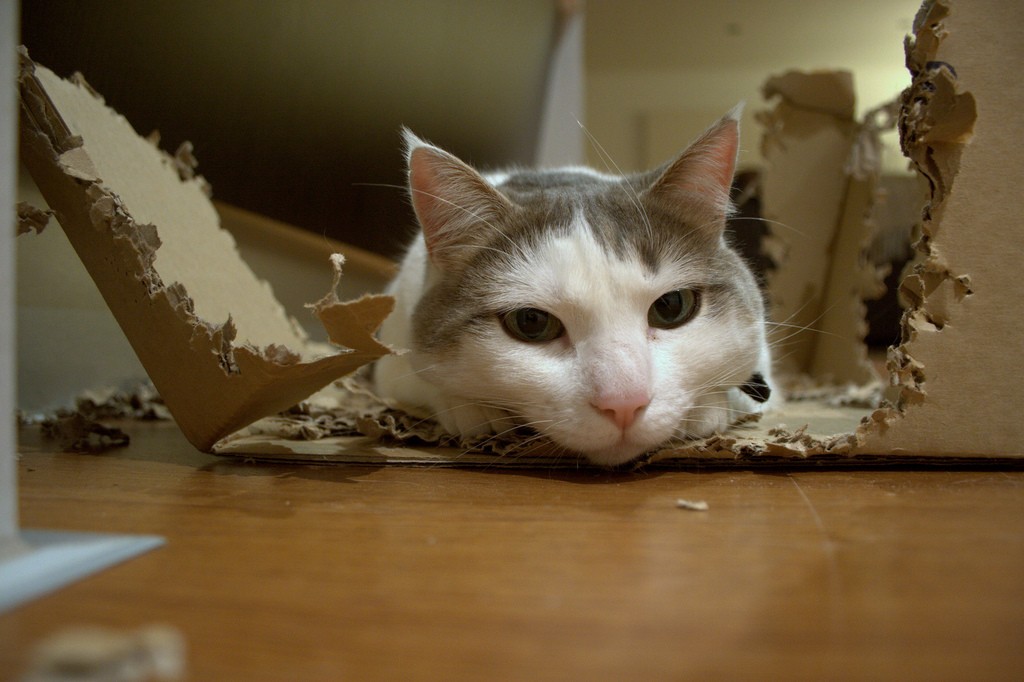 Last week, I promised I would be exploring some of the tools promoted as helping designers in their revision control and collaborative process and that I would do this by comparing them to a list of benefits I extracted from my use of Git. So in this post, I’ll be reviewing the (in-?) famous Dropbox.

As a foreword, I have to tell you I don’t use their service. I was forced to have an account, when some friends and coworkers wanted to share some files with me, but I never liked the idea of having my draft files on a computer I did not own. I use some third party services to share publicly some projects, as you will find on Github, for example. But by default giving to a stranger a work in progress, some first sketches or an unpublished project, is not something I find comfortable. How good or easy the service could be.

So as a start, this rules out the use of Dropbox if you work under an NDA, have company secrets or just care about the keeping your working process to yourself or your collaborators. But let’s analyze what they offer and see how that helps designers or not.

First of, it’s an easy set up. After a necessary software install, sharing a project between collaborators is as easy as moving around a folder in a file explorer. It’s also “operating system agnostic” as it will work on Mac, Windows or Linux and even Android or iOS. And if that’s not enough, there is always the web interface to rely on. Actually, the web interface is where most features are built in. (I’m testing this from a Linux computer, but I guess it behaves similarly on other systems).

On the “workstation side”, there is not much more than moving around files, renaming them, and modifying them with your software of choice. It will then synchronize those changes automatically with all the computers you share that folder with.

On the “web side”, Dropbox offers you some form of “versioning”. Everytime you save your file, Dropbox records a change. You can go back in the history of those changes in the web interface and see who made them, from which machine. But unless you know what changes where made and when, there is not much more info given.

See for yourself, that list of versions is not that useful. If I did a mistake and saved over my file, I could use this to immediately revert to a previous version. But come back to that a week or a month later and who knows what’s hiding behind “version2”. If the file type is supported by Dropbox, I can see a preview by clicking on the version name in the browser. If not, I’m presented with a download button and have to open it on my computer. If somehow we could add a comment or a note with each version, that would improve this a little.

Also, there is no way to compare different versions (even if it’s a plain text file) except by viewing each independently − opening multiple browser windows − and figuring out for yourself what might have changed. Forget also about having different concurrent version of the same file. You’ll have to create different files for that and you’re back to your weird naming scheme. And if you rename your file or move it to a subfolder, your going to be losing all its history. Really? How useful is that?

So this revision system is more like a notification system of who worked on what and when, than a reliable way to store your changes as this can be wiped out by just renaming a folder. It does not help you get organized either. And I found the links in the “events” page confusing and practically useless, especially if you have a lot of files and subfolders in your main shared folder. (see screenshot below, all these files are located in different subfolders in a master folder called “libre-objet”). 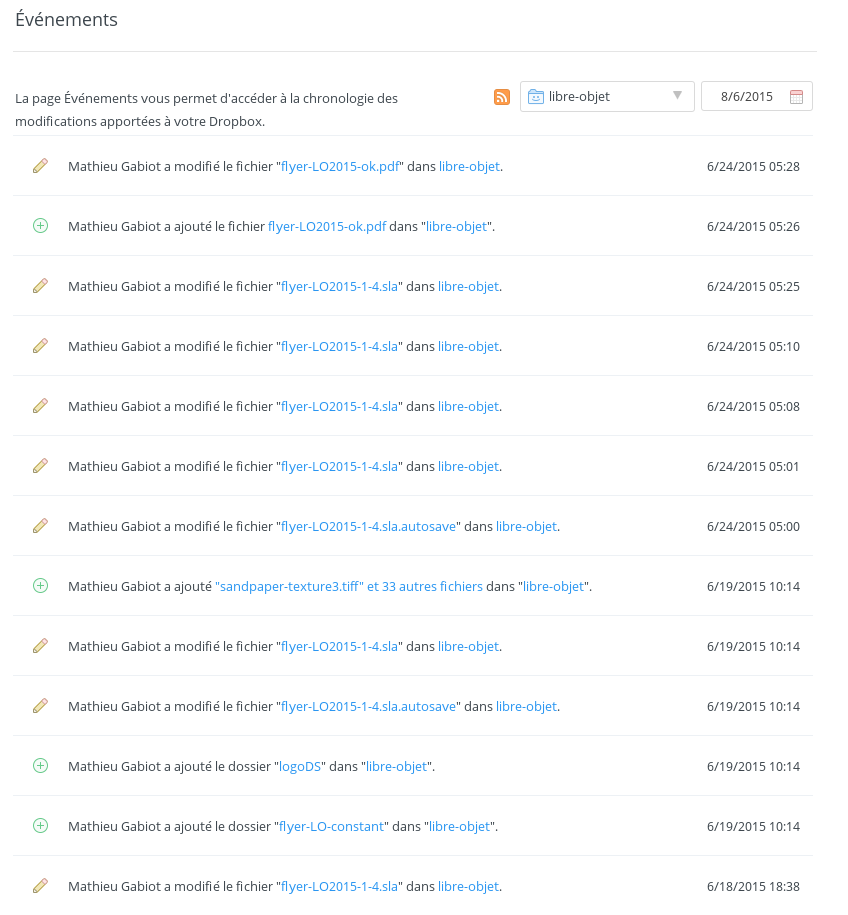 (For some reason, I notifies me of changes on some these files, but when I’m clicking to view the history of it, it only says “version1”. Was the file renamed at some point, or the containing folder, or because those modifications were done before the folder was shared with me,… I have no idea. But how can I trust this?)

I did appreciate though that I could get a 1:1 preview of some files like SVG, Tiff, Jpeg, png, ai or psd (I did not review all the possible files formats). That 1:1 preview also features a commenting system, where you can tag collaborators. But I did not see any tool to annotate a design for example. Maybe that’s coming… who knows.

It also shows a little thumbnail for some of those file types. That’s handy. But this is also something I get in my file explorer on my computer, so where is the added value here? Why not also have those thumbnails in the history page next to each version, or in the event page also? That would be a little more helpful.

As a conclusion, Dropbox is maybe, for most, an easy way to get a shared folder on many different machines but it can not be trusted. Neither on the conservation of files, nor on keeping a history of changes. If you don’t care about “versioning”, you’ll be better of with alternatives, such as BtSync (closed source) or SyncThing (open source) and all the other self-hosted “cloud” application suites.

I know I’m killing down here a great service for some of you. And Dropbox never pretended to be the git (or github) for designers, even if they seem to be heading in that direction somehow. But their versioning system is a joke. And I’m looking at all of this from a very particular point of view. Please, don’t hesitate to share your designer’s experience using Dropbox in the comments below, I’ll be happy to read it and it might help me understand parts I could have missed. Again, I barely use the service. And if you enjoyed this post, come back soon for part 3.