I’ve met Diego at Interactivos?13 and was lucky to see him present his project “Beatbox”. I let you discover it through the video and his website presenting the project. I like the fact that it sounded like flamenco. 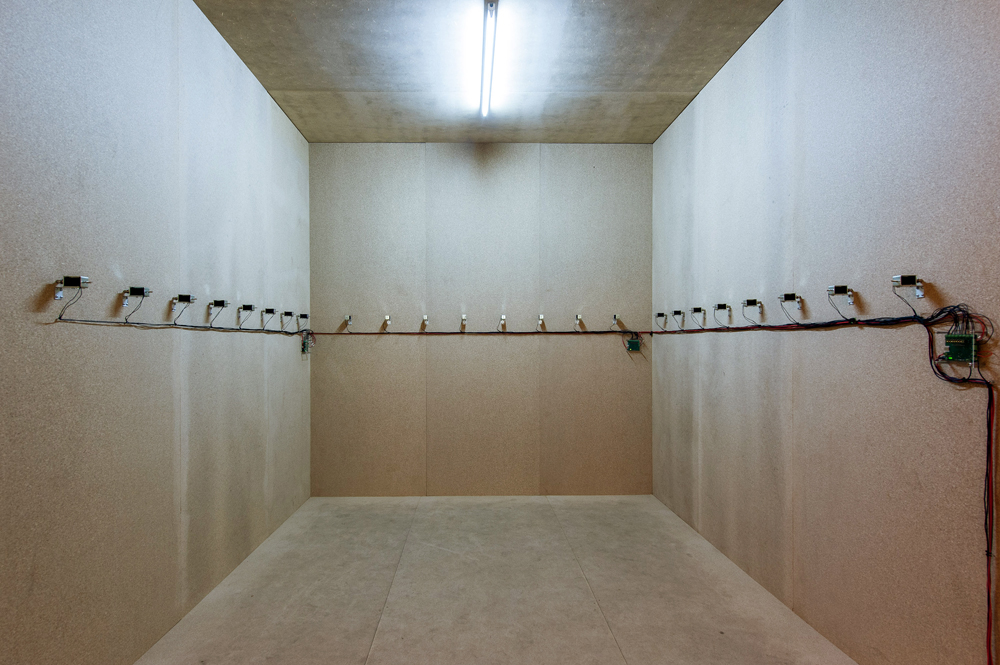 The very walls of the space act as a soundboard, hit by a series of small electromagnetic hammers that surround both the inside and outside of the cube, forming a loop. The rhythms or loops, put together especially for the project, are activated and mixed at random thanks to a sensor located inside the cube, which acts in response to the presence and activity of users on the inside, operating exclusively for them and according to them.