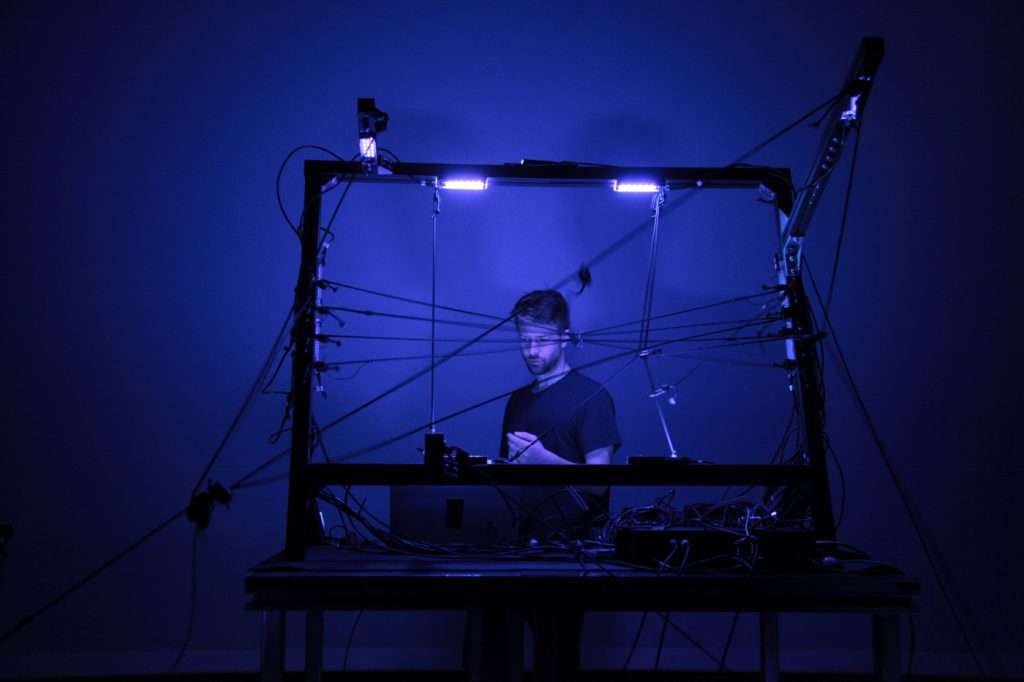 Had the chance to see last night the performance of Alexis Langevin-Tétrault at “Visions of the Future III” and was blown away by the playfulness and dynamic aspect of it. It’s a perfect combination of powerful sound, subtle lighting and choreography working very well together. If you get the chance. Don’t miss it.

On stage, an audioreactive play of light unfolds gradually: Alexis Langevin-Tétrault (CA) builds a network of strings with which he interacts to create a sound universe between the industrial noise, electronica and acousmatic music.