Since I started firing up the loveMachine on my Facebook profile, I get error messages and warning popups from time to time. Although I’m trying to predict and circumvent these occurrences, it really feels like playing darts in a crowded pub during a power outage.

Keepinq track and keeping you informed about this project, here’s the ones I collected so far. These must be rare seeings of Facebook interface and interaction designs, anyway. Who else gets to see this if you’re not trying to mess around with Mark Zuckerberg’s little gem?

I do get this one a lot. Did you notice the response buttons? Seems Mark had a Windows machine when he was a kid. He copied the Microsoft sometimes inappropriate “Ok” “Cancel” choices you didn’t have to make. 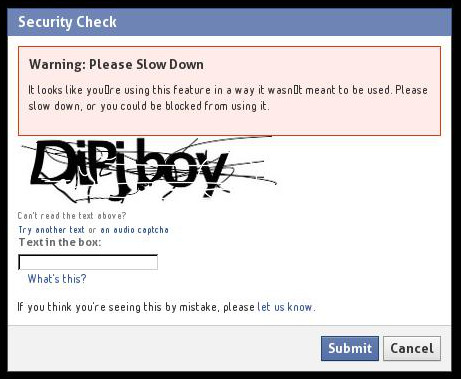 Same message. Yet another speeding ticket with a security check by the Facebook Police.

They are not saying which feature has been blocked, but they say why. And I can cancel it? Cool.

Hey dude, I wasn’t commenting. I was liking. Get your definitions straight, you semantic-web-god-wannabe. 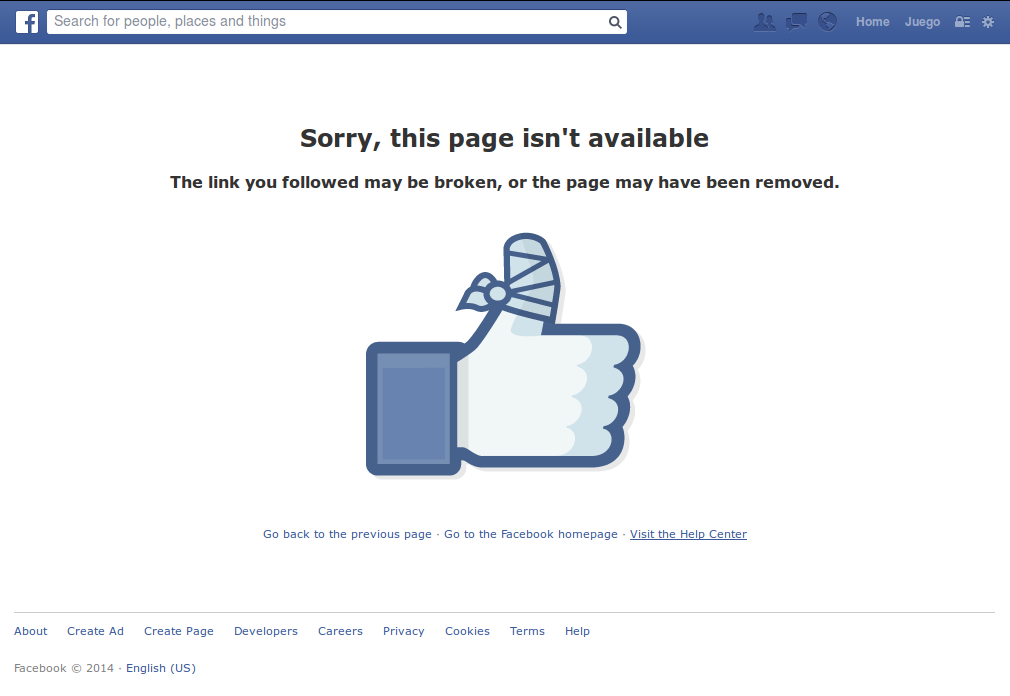