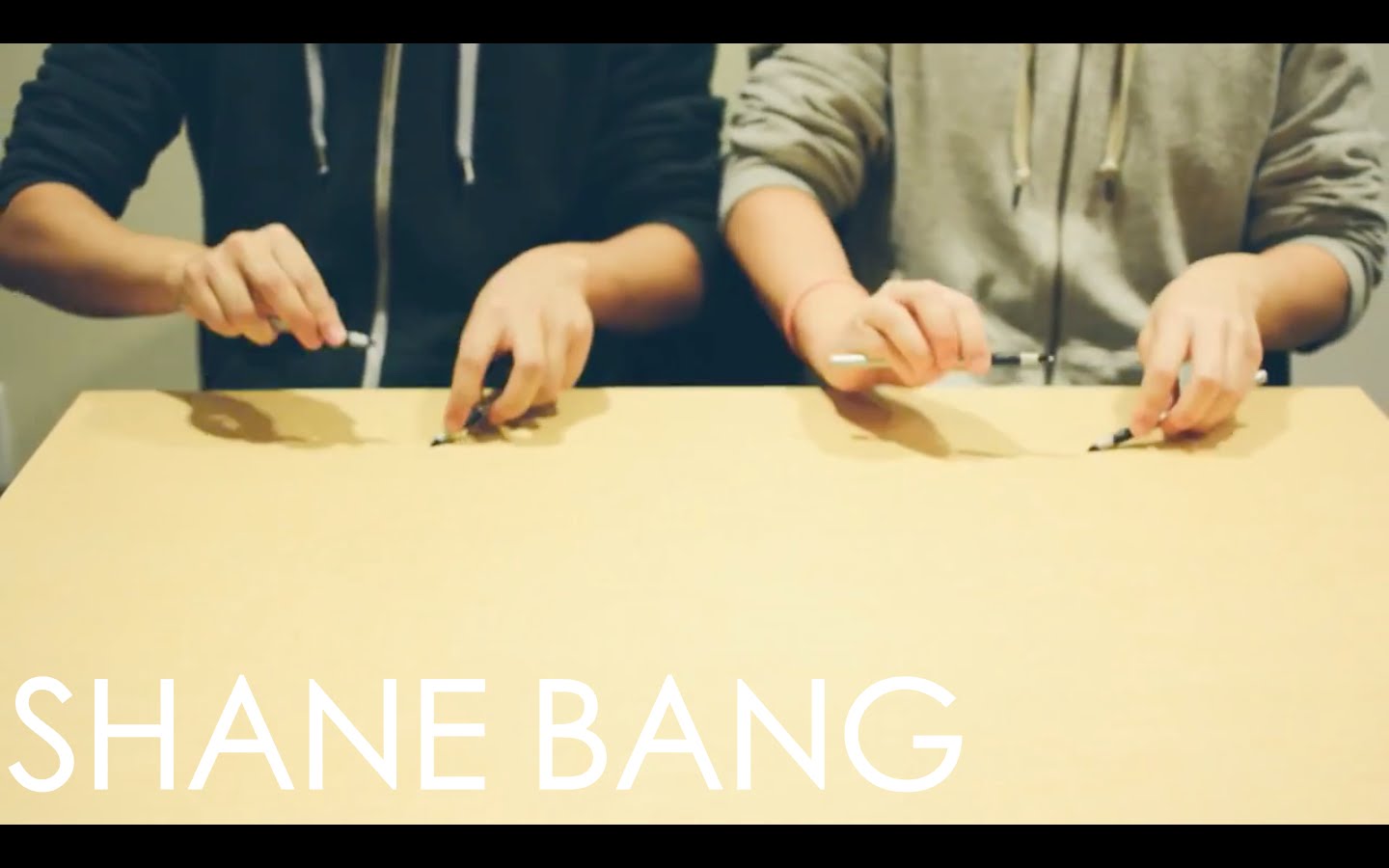 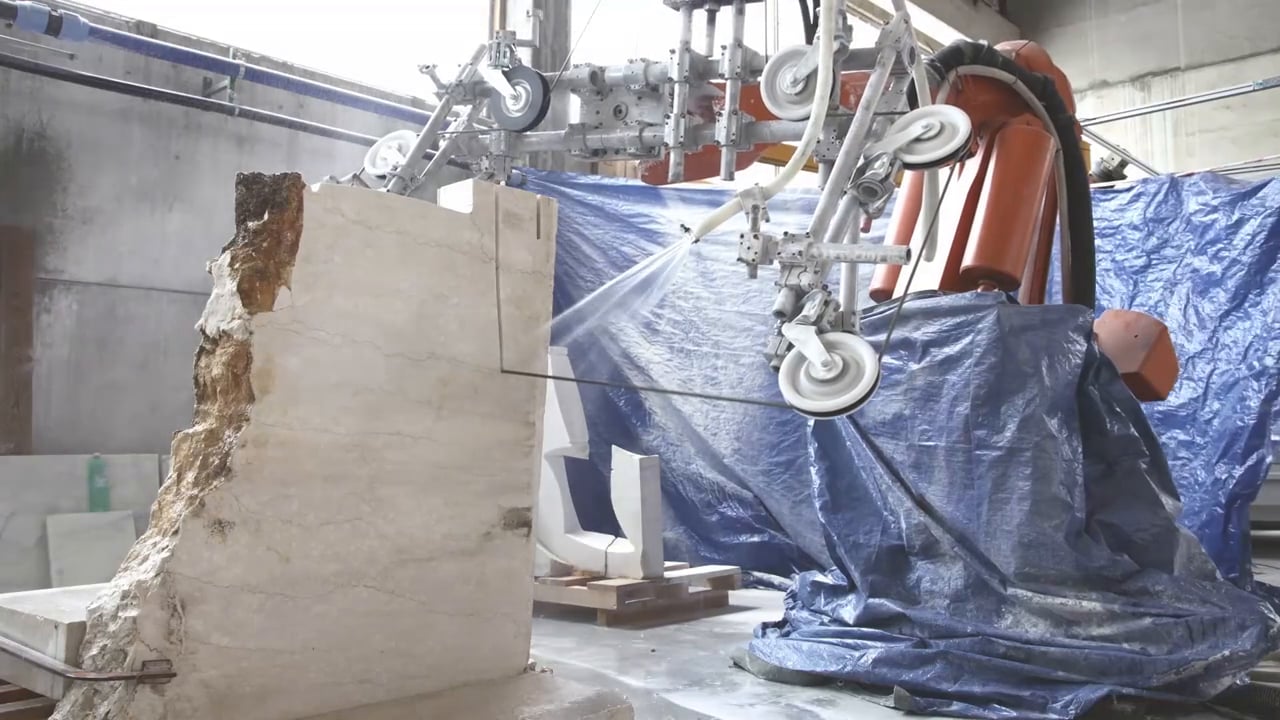 Catchy name for an amazing tool: Carrararobotics cuts your prefered marble in any form you like.

Video posted by Anthony Martin on Monday, November 9, 2015
Click here if you don’t see the video. 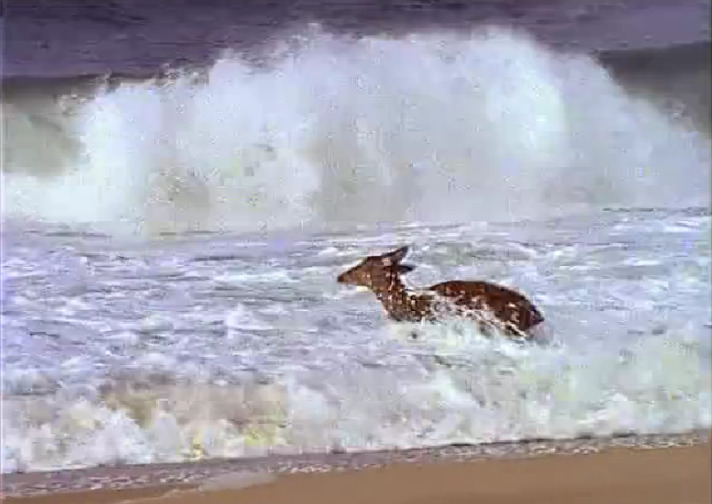 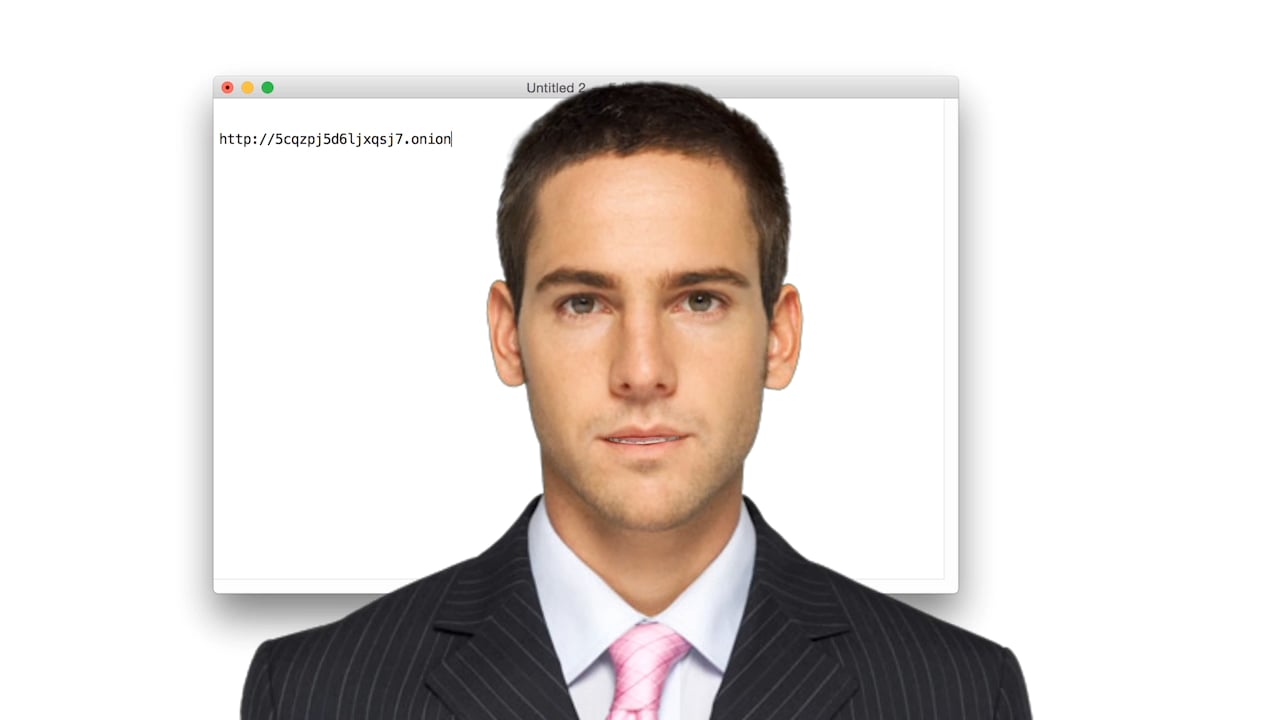 Yet another great project by Eva and Franco Mattes.
You will need the Tor Browser to access their work.
Once installed, visit this link: 5cqzpj5d6ljxqsj7.onion 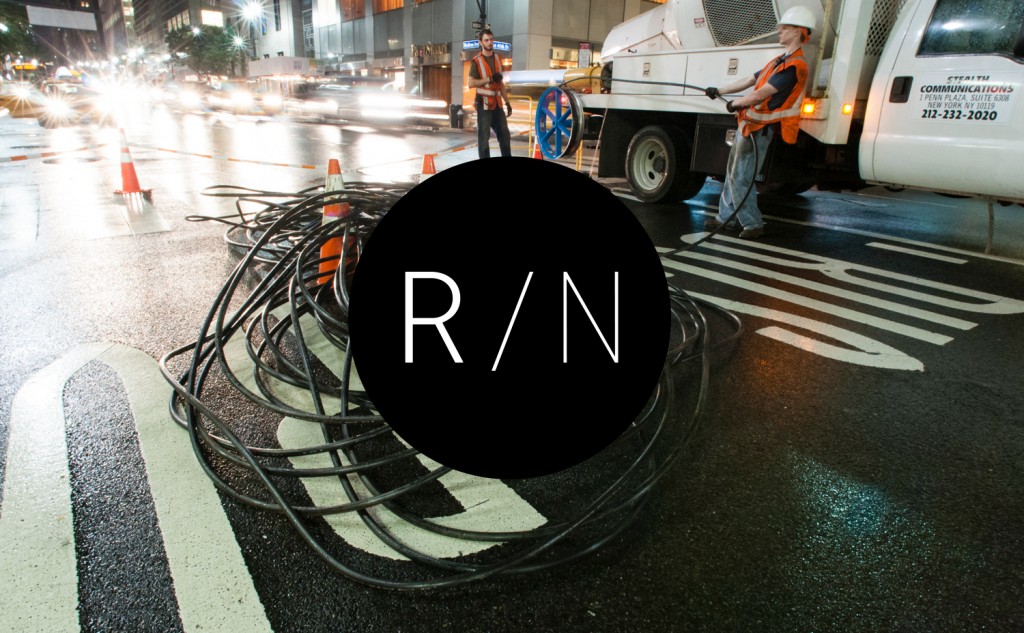 Last weekend, Brooklyn, in the chilling space of NYU Polytechnical School of Engineering, was held the Radical Networks conference, organized by Sarah Grant, Amelia Marzec and Erica Kermani. This was the first edition, but the mood and quality of it really made it seem like this had been rolling for years. The talks and workshops available over the weekend shared these goals:

The event was sold out but thanks to Internet Society NY, you could watch a live stream and still can access the recordings. So I’ll just point you a couple that I really enjoyed, although you could just watch all of them, as they really bring interesting approaches and point of views on these questions.

Do you have any idea what the cloud looks like? Well, Shuli Hallak has been photographing it for years so the “Saint Thomas of I have nothing to hide” can’t say he did not know.

In The Final Days Of The WWW

A portfolio of digital art projects done by Dennis de Bel and Roel Roscam Abbing, former students of Piet Zwart Institute. They played around and hacked the notions of networking in goofy clever ways and brought a breath of fresh air and good laughs in the middle of all the “serious” talks we had over the weekend. A must watch in terms of creativity and exploration.

And if you want to hear me speak about why you should talk to your neighbor, or how citizens can reclaim these hidden networks Shuli Hallak talked about, hop on the NYCmesh train with Brian and Dan.

See you next year, RadNets.

Sharing here my thought and tool process that brought me to create the project called “Word Wars – News from the Empire“. 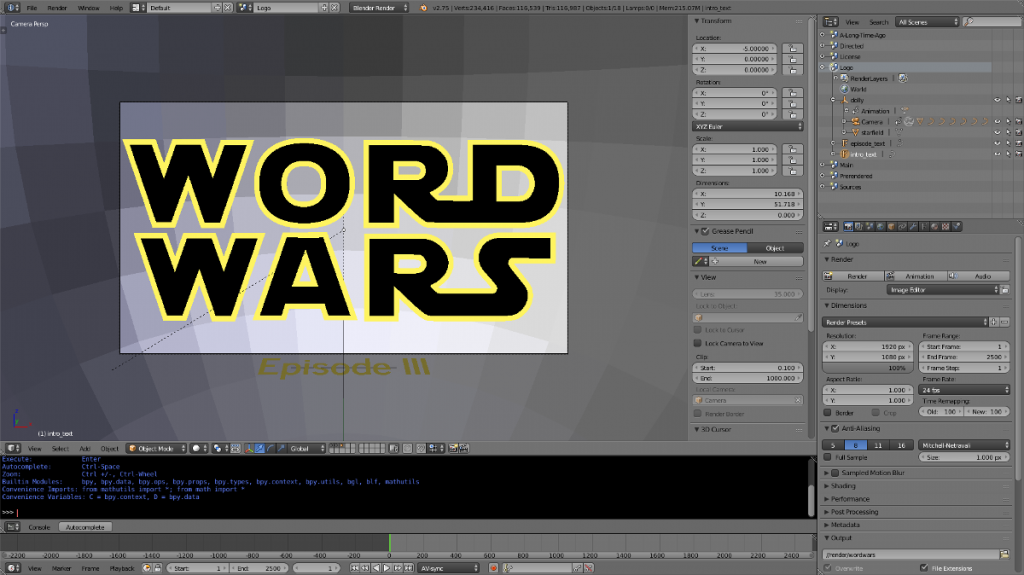 I’ve been playing around for a while with Blender scripting and even organized monthly workshops about it to share the experience with other artists in a group called “Blender-Brussels“. And since the beginning of these workshop sessions, my goal was to turn one of these one day projects into a daily video generation tool.

Then last month, while preparing the class I gave to a couple of artists in New York city, I started writing a small example script that would grab some text from the web and turn it into a 3D object inside a Blender scene. And while playing around with the script, the idea to turn this into a very resource hungry news reader came to me. Basically, from then on, the rest followed.

As a Star Wars fan, I’ve always been puzzled by the countless memes and reinterpretations it has generated. It somehow reflects how Hollywood culture can really take over our imagination and even become the mythological stories of our western society. But it also portraits Hollywood’s fascination for war stories, an important part of U.S. culture in general. I can’t think of any other western country where the war hero is so present in politics and everyday life. But again, when you know that the U.S. has almost constantly been at war since it’s creation, this comes with no surprises.

So it became clear to me that I wanted to address these subjects in a simple and buzzworthy manner. Following the path of the YES MEN, I chose The New York Times as my only source of war news.

Practically, the whole project consists of a prepared Blender scene, with a starry night (I’ll come back to that later), some placeholder for the texts, a modified Star Wars logo and the “Main Title Theme” music by John Williams.

Then I have two Python scripts. One that fetches the RSS feeds from the NYT and filters the news searching for war related keywords. If at least one article is found, it will add the text to the scene and modify the animation keyframes (because I do always want to have the text start at a certain time and vanish into the infinite emptyness at another particular time also) to fit with the music. The first script finishes by rendering the clip. The second script takes care of the uploading to Youtube, adding the title and filling the description.

To get the feeling right, I studied carefully the original intro from the first Star wars movie. The dedicated wikpedia page helped me also figure out some of the things, but in the end, I took some creative liberties that maybe only a hard core Star Wars fan would notice.

The original font used by Lucas is the “News Gothic” by american author Morris Fuller Benton. But since I’m a big fan of open source fonts, I preferred to use “News Cycle” by Nathan Willis, also an american author and − full disclosure − a good friend. The font is similar to News Gothic and fitted perfectly for the job. Using it, I was also happy to promote his excellent work in the open font world.

For the logo, I downloaded the svg version of it from Wikipedia and searched for amateur SW fonts for the missing characters (O&D). In the end, I found myself redrawing almost all of it, point by point, in Inkscape, until I reached the desired look.

For the music score, it quickly was out of question that I would try to find a replacement for the original score by John Williams. First, it’s so iconic − the music is a meme in itself − that it would be pointless to find a remix or a different version of it. I really wanted to keep close as much as possible to the real feel of a Star Wars intro, and well, can’t do without John and the brass from the London Symphonic Orchestra. Second, if you worry about copyright issues, there is two arguments that made me stick by this choice. One is that, since I was uploading to Youtube, I knew they would let me use the music but would also certainly pay the necessary royalties to John for me. Then, if anyone still complained, I could certainly make a case, with all the clips and remixes you can find online, that the song could be considered as public domain. (I know that last argument is a bit too far fetched, but there should be a case like this in copyright laws.)

Then for the star field background, I wanted to pay my respects to those fans scrutinizing every official Star Wars trailer looking for a detail or a key that would unlock a piece or a new character from the coming movie. So I searched for the real star field that you can see from earth and found it from Paul Bourke’s page, luckily in a very high resolution. Since there was no license mentioned on the page, I contacted him by mail. Here’s his response:

I could not be happier. Adding this little detail, that until now I (guess) was the only one who could see it, for me, really tied the whole project together. It’s subconscious to the viewer, but s/he is watching those flying vanishing news from earth.

After all this, I polished the scripts a little, moved it all to a small dedicated server, cried a little when I saw the difference in rendering times between the server and my desktop, reworked the scene to pre-render the parts that never change, gained a couple of hours, then patiently waited 20 days (for 20 videos to be generated) before releasing it to the public.

For those interested, you can download the project files from this repository. Feel free to use and modify as this project is released under a Free Art license and let me know if you make anything of it. 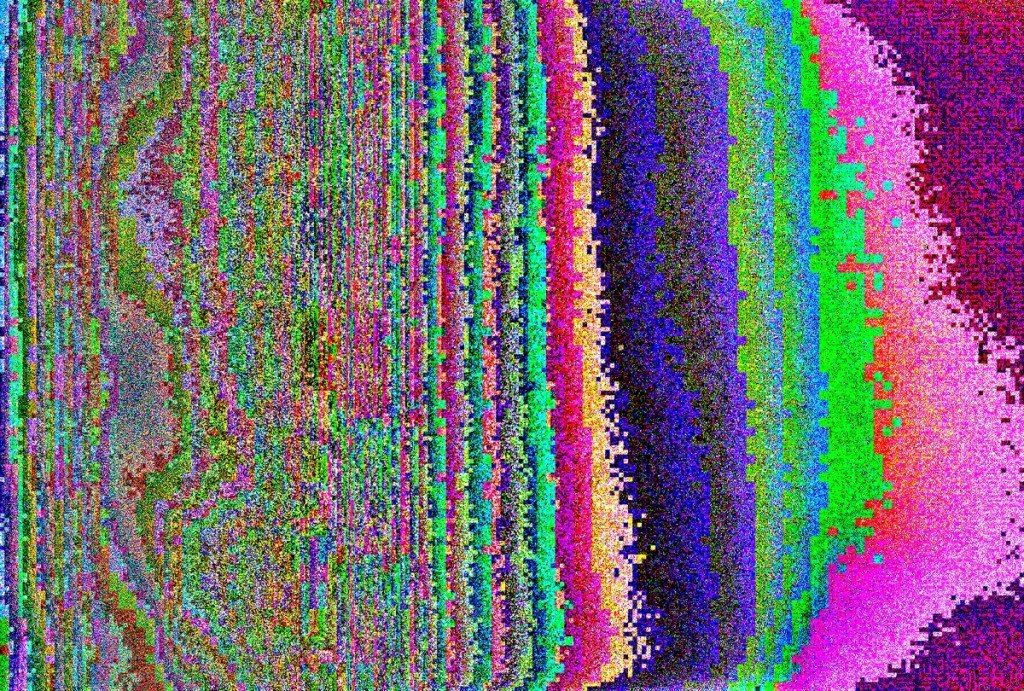 The Ghost in the MP3